My latest addition to the trend illustrations on Change is an Opportunity is predictive in action and I used Bluenose (below) and Digit to illustrate my point that predictive analytics doesn’t depend on the widespread internet of things or BIG data or sensors necessarily – it’s here today, using very much traditional buckets of data available to many organisations and individuals. 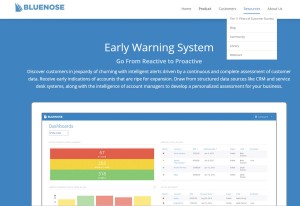 And that set me thinking about innovation. A bit like the myth that it is all to do with the lone innovator or maverick genius, the notion that all disruption is massive and immediate is one of those illusions that many suffer from. It’s not that it is ever really stated, just that people believe that the telephone, electricity, the internet suddenly burst on us. You can see it with the debate over driverless cars – the issue is will we or won’t we, or by when. That completely disregards the fact that most people who have cars aren’t all able to change them overnight, or whether we all want or need driverless cars. And, more pertinently to this argument, many, at least those with newer cars, have a large number of the elements of driverless cars already – automated parking, emergency braking, cruise control, lane changing. So with hindsight it might look like a big shift that happened at once but in reality as we look forward it is more likely to be a steady evolution.

And that is just as well because we don’t on the whole adapt well in terms of behaviours to sudden massive disruption. We need to get used to things gradually in most cases. (Gradually here is a relative term when considered against human evolution!). Most of the big potential disruptors that haven’t happened (yet) – wearables being a case in point – are certainly not limited by technology but by behavioural acceptance.  And whilst there is evidence of the use of technology changing how we think I am interested to know whether there is evidence that we are becoming more adaptable – essentially evolving faster in how we approach novel or innovative activities.

Kevin Kelly makes the point when he says that the utility of electricity exploded when we invented many more gadgets, but not the quality (as I am reminded every day when I am searching for a different charger or in a strange room looking for a power socket that isn’t miles from any usable surface). Which feels like a lack of progress somehow – a missed potential or opportunity. And in the great and age old debate as to whether radical or incremental innovation adds more value, suggests that the answer is almost inevitably both . .

Comments in my blog represent my personal views not those of my current or previous employers but are inevitably influenced by my working life, past and present colleagues, friends and family - such is life! View all posts by macinn2013

This site uses Akismet to reduce spam. Learn how your comment data is processed.